Posted on March 09, 2018 by Admin in Social Media Marketing 0 Comments 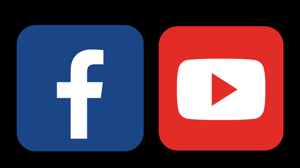 A new Pew Research Center survey of U.S. adults finds that Facebook and YouTube dominate the social media landscape. At the same time, younger Americans (especially those ages 18 to 24) stand out for embracing a variety of platforms and using them frequently. Some 78% of 18- to 24-year-olds use Snapchat, 71% use Instagram and close to half (45%) are Twitter users.

More than two-thirds of U.S. adults (68%) now report that they are Facebook users, and roughly three-quarters of those users access Facebook on a daily basis. With the exception of those 65 and older, a majority of Americans across a wide range of demographic groups now use Facebook. 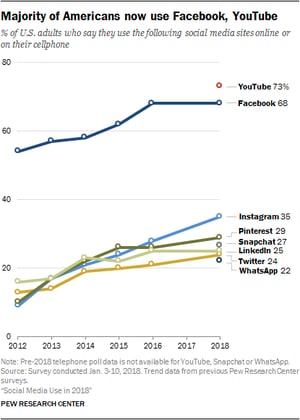 YouTube – which contains many social elements, even if it is not a traditional social media platform – is now used by nearly three-quarters of U.S. adults and 94% of 18- to 24-year-olds.

These findings also highlight the public’s sometimes conflicting attitudes toward social media. For example, the share of social media users who say these platforms would be hard to give up has increased by 12 percentage points compared with a survey conducted in early 2014. However, a majority of users (59%) say it would not be hard to stop using these sites, including 29% who say it would not be hard at all to give up social media.

Americans ages 18 to 24 are substantially more likely to use platforms such as Snapchat, Instagram and Twitter even when compared with those in their mid- to late-20s. These differences are especially notable when it comes to Snapchat: 78% of 18- to 24-year-olds are Snapchat users, but that share falls to 54% among those ages 25 to 29.

Facebook is used by a majority of Americans across a wide range of demographic groups. Other platforms appeal more strongly to certain subsets of the population. In addition to the age-related differences in the use of sites such as Instagram and Snapchat noted above, these are some of the more prominent examples:

It is never too late to ramp up your social media program. Download our primer below. 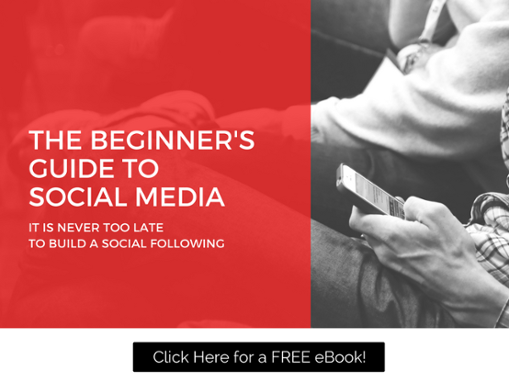