Over seven thousand members of the region’s tech community descended on Boston’s City Hall Plaza this month to come together and celebrate at Boston/TechJam, New England’s largest tech festival, organized by MassTLC. 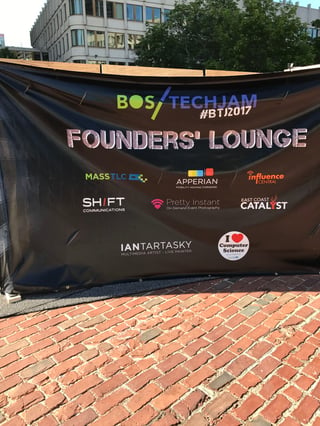 The weather was perfect for this energetic block party, complete with music, food and drinks, where start-ups, entrepreneurs, universities, students, VCs and service providers came together for networking, idea-sharing and intel on what’s going on at other companies large and small, all in an informal setting. I was blown away by the energy and vibe as the line to get in wrapped around the fence and people mulled around with ice cream samples and beers on a beautiful early summer evening in the heart of Boston.

With close to 100 exhibitors, ten underwriters, various food trucks or stands, three bars, and two bands, it truly was a celebration. And when taking a step back, I think it’s important to see what we all were there to celebrate – the critical and increasingly larger role that Mass plays in launching and scaling companies to accelerate technology and innovation and change the way we live, work and play.

Innovators are working on developing disruptive technologies that will improve health care, education, energy, transportation and other industries. They are investing in artificial intelligence, automation, cyber security, the Internet of things, robotics and more. 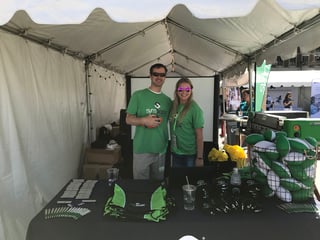 What are we celebrating about Mass tech community? Well, according to MassTLC’s 2016 State of the Tech Economy Report, The Connected Commonwealth: How the Massachusetts Tech Ecosystem is Creating New Growth Opportunities, we can celebrate a vibrant tech ecosystem that boasts:

So hat’s off to MassTLC for bringing all of us together and continuing to help accelerate growth and innovation in the Massachusetts technology industry. In 2017 I’m excited to watch how many of these disruptive technologies, startups and innovators in our region will make a difference in the way we work, live, and play in the future and be part of the ecosystem. Stay tuned!

If you are a startup, innovator or have a disruptive technology and are looking to move forward your brand, contact us today. We can't wait to get started! 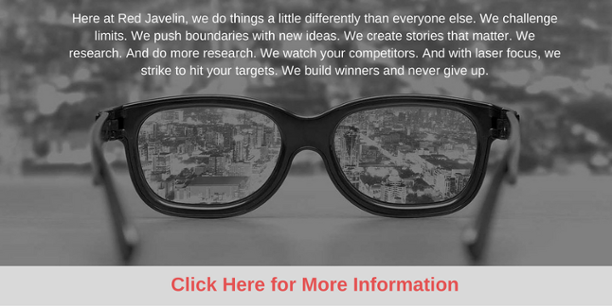